Comrade Martin
Comrade is a Slovenian dj based in Vienna. Growing up in industrial balkan city sparked his passion for techno music and its distinct mechanical sound. His early musical inspiration was punk that was created and played behind the iron curtain.The influence is still present to this day and expressed to his belive that if you want to do something you just do it. In his late teens he discovered hard techno and experienced the magic of rave culture. Combining influences of punk and rave culture enabled him to develop his own personal style and position in Vienesse techno scene.Together with dj supergirl and felix Sanders he found a collective called Vodka&Flowers, with which theyorganize events and produce music.

Felix Sanders
Felix Sanders is a young Vienna based artist who has his roots in munich.He got introduced to electronic music back in munich, mainly techno in clubs like rote sonne, harry kleinand mma. With moving to vienna working on developing his own signature sound became the main goal, which is still in process.His style is mainly defined by hard hitting kicks and energizing rythms. 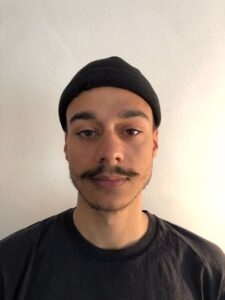